DWF films on the Foundation’s work

The Foundation has a number of films about our work. Visit this page again as we will be adding films as time goes on. 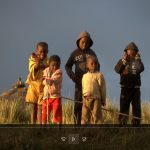 Rural children in South Africa are among the most vulnerable children in the world. In addition to our health and education programmes, the Foundation has rolled out a support programme which specifically targets orphans and vulnerable children. Our health teams are trained to consider the needs of the whole family when somebody tests positive for HIV or other serious illness. We also find vulnerable children through our Education & Schools Programme and other initiatives. When a child is referred to our Orphans and Vulnerable Children (OVC) team, our approach is to make a full assessment of need, considering every aspect of care – from financial support, to education, to health and emotional needs.

British TV rugby presenter and former England International, Stuart Barnes travels deep into South Africa’s rural Eastern Cape to meet children orphaned to HIV and visit embattled schools in one of the most deprived and isolated areas of rural South Africa. Stuart finds out how the Donald Woods Foundation is working with local people to empower them to make a real difference to their lives.

As support for our wider health and awareness programmes, the Donald Woods Foundation works with local schools and other community organisations to promote good choices around health and lifestyle. Most young South Africans become sexually active in the mid-teens, with an estimated national average age of first intercourse at 15 years for girls and 14 years for boys. Despite an early sexual debut, many adolescents possess less than optimal knowledge about sexual reproductive health, puberty and menstruation. Many HIV/AIDS and STI youth prevention initiatives often assume that young people know more than they do. This is being actively addressed with the Foundation’s Khwezela Schools Theatre Group.

Health in Every Hut: https://www.youtube.com/watch?v=3NjFQKG7-vI

This film describes the Foundation’s flagship health programme in rural Mbashe in the Eastern Cape, South Africa, Health in Every Hut. Thousands of people have been screened for hypertension, HIV, TB, diabetes, dementia, maternal and child health and referred for treatment if found at risk since 2013. The film also features interviews with some of the key people working on the programme and outlines what the programme is aiming to achieve Health in Every Hut is made possible by Eli Lilly and is a partnership with the Department of Health to re-engineer primary health care. To date  in May 2016, close to 50 000 people have been screened as part of HiEH.

Non-communicable diseases (NCDs) such as diabetes and hypertension present a huge health burden in South Africa and people living in rural areas are equally at risk of NCDs as those in urban areas. Both these diseases are major targets in the Foundation’s flagship health programme, Health in Every Hut (HiEH). The Foundation is helping to reach people sitting at home with unknown health risks or diseases with its HiEH programme, in which every household is screened, mapped and those at risk referred for treatment and then followed up. This work is part of the Lilly NCD-Partnership. HiEH now covers seven areas across the Mbashe district – Hobeni, Bomvana, Madwaleni, Nkanya, Soga, Melitafa, Xhora – encompassing approximately 45,000 people. 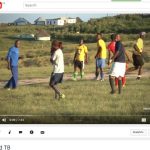 The Donald Woods Foundation is addressing the threat of HIV and TB with a number of groundbreaking health programmes that bring primary health care to the poorest of communities in the Eastern Cape. We have a strong track record of delivery in the field, both in terms of scale and quality. This is rare among NGOs in the Eastern Cape. From 2007 to 2010, DWF delivered the most successful, rural, integrated HIV project in South Africa, achieving a long-term adherence rate of 93.6% in a rural area compared to the national rural average of 46%. As at December 2015, our programmes had tested 98,923 people for HIV and screened 98,511 for TB.

Videos on DWF work with our partners

This video (pictured above) introduces the partnership fighting NCDs through Health in Every Hut, the flagship health programme of the Foundation in the Mbashe district of the Eastern Cape, South Africa.

This video features an interview with an elderly Hobeni resident, Mashinie Ntayithethwa  talking about his health struggles with diabetes and hypertension.

A film made by United Way in 2014 to highlight the estimated three million people living with TB who are “missed” by health systems – families mired in poverty, refugees, migrant workers and many others. Such people don’t receive the care they need and continue to spread TB unchecked. With a United Way Worldwide grant made on behalf of the Eli Lilly and Company Foundation and the Lilly MDR-TB Partnership, the Donald Woods Foundation had just announced that it would be working closely with the South African government to expand its national initiative to decentralise MDR-TB treatment.

With help from the United Way and the Lilly MDR-TB Partnership, the Donald Woods Foundation is working to battle the spread of multi-drug resistant tuberculosis in South Africa.

Other films and videos

Cry Freedom is the 1987 feature film directed by Richard Attenborough, set in the late 1970s, during the apartheid era of South Africa. With Denzil Washington playing Steve Biko and Kevin Kline portraying Donald Woods, the film was shot in neighbouring Zimbabwe, and, although not banned in South Africa, cinemas showing the films were faced with bomb threats. According to the Internet Movie Database, the film was seized by authorities on July 29, 1988. In some cases, there were reports that prints of the films were wrenched off the cinema projectors and the film remained unseen in South Africa until 1991.

Other videos on Donald Woods’ life and legacy

The banned South African editor Donald Woods gives an interview on his arrival in Lusaka en route for Britain. He said at the time he intended going wherever he could to urge governments to bring pressure on the then minority white South African government.

Donald Woods, editor of the Daily Dispatch in East London, addressing students at the University of Witwatersrand in Johannesburg on the death of his friend Steve Biko.

South African newspaper Editor Donald Woods addresses an UN Security Council meeting about South Africa and calls for more effective embargoes against that country. Woods fled South Africa in defiance of a banning order that prevented him from working, writing or speaking in public.

Donate today © Copyright Donald Woods Foundation 2003-2016. All rights reserved.
‹ › ×
We use cookies to ensure that we give you the best experience on our website. If you continue to use this site we will assume that you are happy with it.Ok