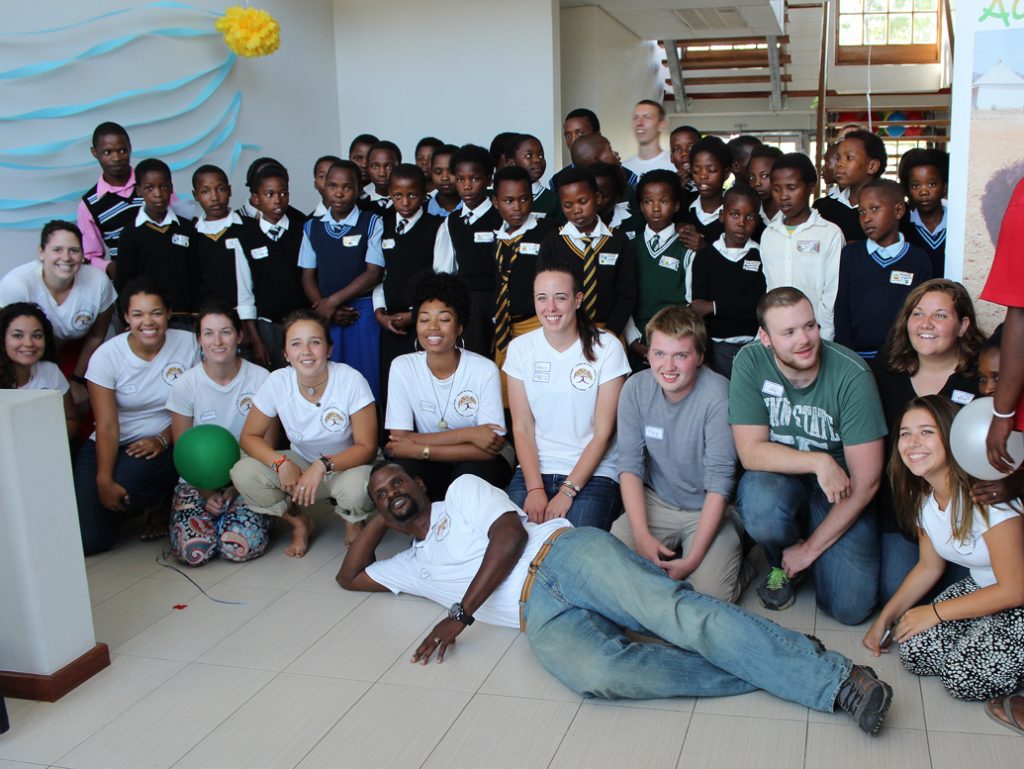 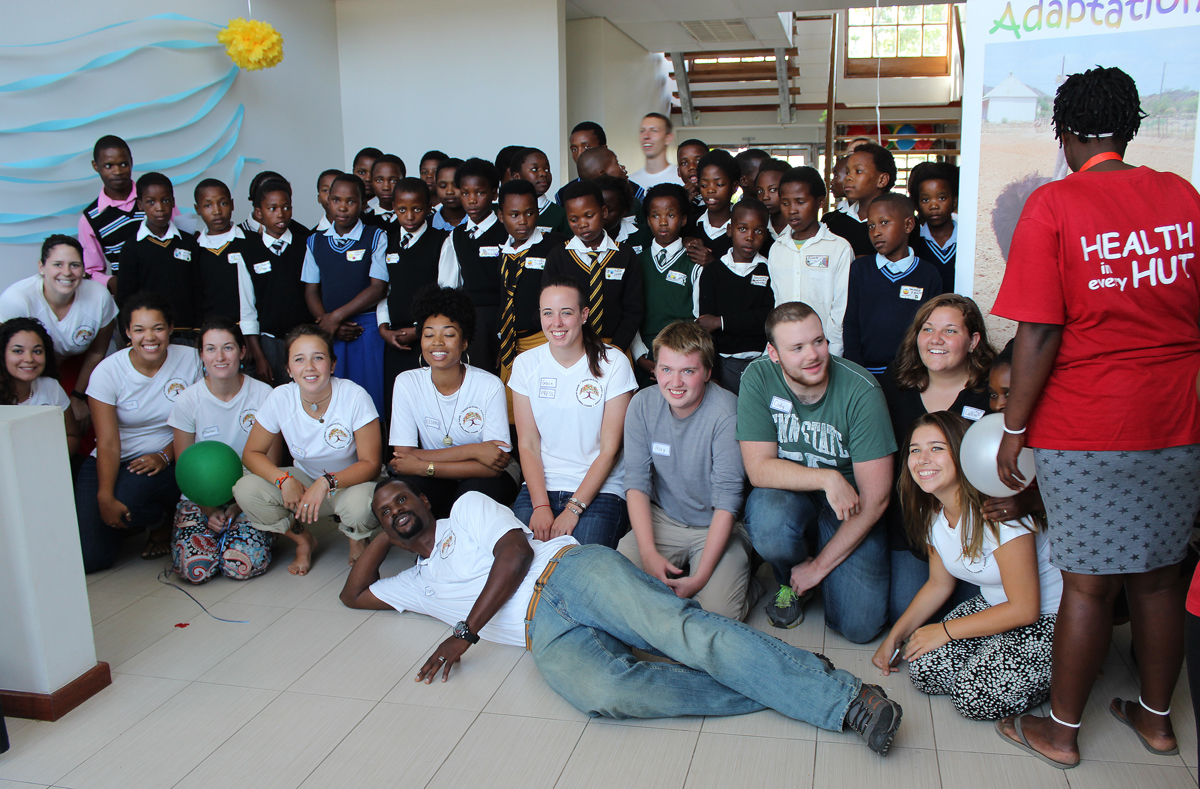 March was a busy month at the Donald Wood Centre in Hobeni with a large group of Penn State University students conducting a Science Festival Day for local school learners and researchers looking into rehabilitation efforts in rural areas by Stellenbosch University postgraduate students.

A large group of students from Penn State University returned to the Centre to prepare for Day of Science Festival on March 15. The groups spent a few days preparing for the day on which they held numerous activities and workshops for local learners themed around the concept of adaption.

Hundreds of primary and junior secondary school learners enjoyed activities and interactive workshops where they learnt about how animals such as the ostrich adapted to its natural environment and associated issues such as survival, environmental change and evolutionary processes – all aimed at highlighting the concept of adaption in science.

The Foundation’s CEO, Dillon Woods also addressed the students, giving them valuable insights on the challenges and successes of Foundation’s work and undertaking rural development initiatives in one of the poorest areas of the Province.

The group were led by Dr Neil Brown of Penn State University and Research Associate, Alliance for Education, Science, Engineering and Development in Africa (AESEDA).

For additional background on the initiative visit here and here. Watch videos made by students Luba Hristova and Connor Davis

Two additional groupings also visited the centre during the same period. These included Dr Gubela Mji who heads up the Department of Interdisciplinary Health Sciences and the Centre for Rehabilitation Studies in the Medicine and Health Science Faculty at Stellenbosch University. Dr Mji is involved in various collaborative disability research projects and networks at both African and international levels for the realisation of the rights of people with disabilities. Some of her work involves issues of development of models of best practice for rehabilitation, transformation, development and indigenous knowledge systems. Dr Mji also supervises postgraduate students conducting research in the Mbashe area.

In addition, Professor Steve Reid, Director of and Glaxo-Wellcome Chair of Primary Health Care at the University of Cape Town also visited the Centre to hold discussions with DWF CEO Dillon Woods on data being generated by the Foundations’ flagship health programme, Health in Every Hut (HiEH).

Read More
July 27, 2016
Donate today © Copyright Donald Woods Foundation 2003-2016. All rights reserved.
‹ › ×
We use cookies to ensure that we give you the best experience on our website. If you continue to use this site we will assume that you are happy with it.Ok