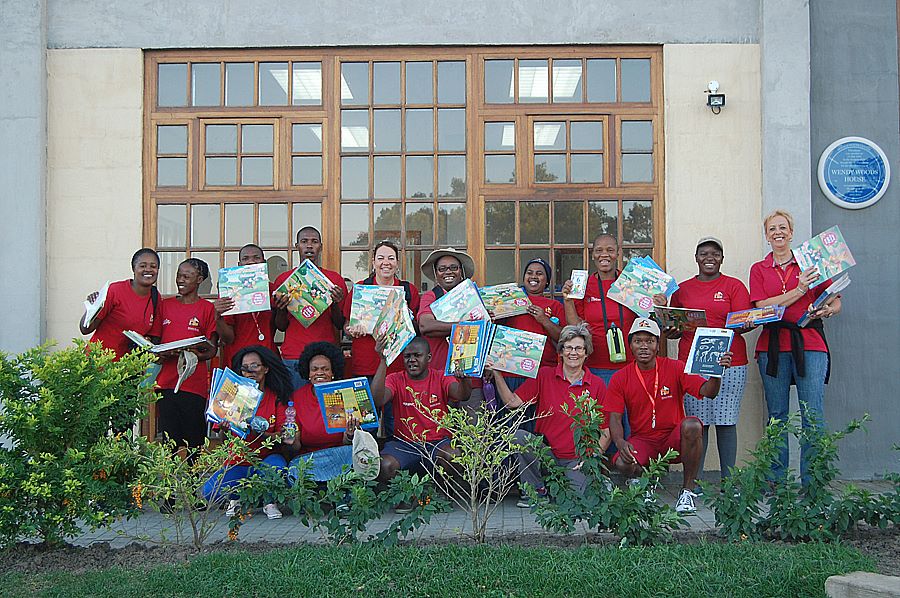 The Donald Woods Foundation works to empower local people through healthcare, education, skills development, agriculture, social justice and community building in rural South Africa. Below we highlight more information about us and who we are.

The Donald Woods Foundation was set up in 2003 as a living memorial to the life of campaigning journalist and anti-apartheid activist, Donald Woods. The Foundation’s work in health and education began geographically in the area where Donald Woods was born, and has since spread to include 10,000 square km of the deeply rural Eastern Cape province, South Africa.

With a dedicated staff of around 180 people, the Foundation works at advocating social justice and actively mitigating some of the worst historical social and economic legacies of colonialism and apartheid in its area of operation.

The Foundation is registered as a trust in both the United Kingdom and South Africa with boards of trustees in both countries overseeing strategic direction. 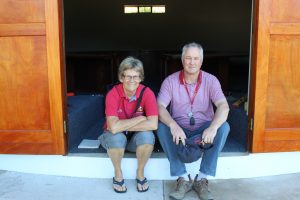 The Chief Executive is Dillon Woods who has an extensive track record in the NGO environment and is based in the UK. He is a former International Director, Programme Development for the Fred Hollows Foundation, Patron and Working Committee Member of the Mandela Statue Fund and Secretary and Chair of the ANC (UK). He was also responsible for marketing, communications and fundraising for the Canon Collins Educational Trust and the Defence and Aid Fund for Southern Africa. His experience in the commercial sector includes being the Senior Partner for Jonga Consulting, a search firm specialising in charity sector Board and Senior Management appointments, Head of Research & Knowledge Management at Odgers, Ray & Berndtson, and Research Fellow at Saxton Bampfylde Hever. Woods holds a BA Hons in Social Science, MA in International Relations (Southern African Studies) and the Business & Economics Programme at Manchester Met, York and Oxford Universities, respectively.

On the South African side, the day-to-day operations of the Foundation are managed by General Manager, Barbara Briceland, who has been with the Foundation since 2007.  She has a background in advertising and marketing, with an Institute of Marketing Management Diploma and an Association of Accredited Practitioners in Advertising Diploma.  She has worked for Ogilvy and Mather, Grey Phillips Bunton Mundel and Blake, and Grey Advertising and Marketing.  She has also run a variety of small businesses. 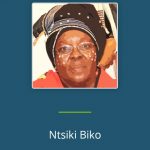 Ntsiki Biko is a former member of the Black Consciousness Movement with a long history of steadfast and courageous activism during some of apartheid’s most repressive years. Married to Steve Biko at the time of his death in 1977, she continues to honour and protect his legacy as a Trustee of the Steve Biko Foundation, where she focuses her efforts on leadership development. She is also a tireless campaigner for health and social development in and around King William’s Town, where she lives. In addition to her work with the Donald Woods and Steve Biko Foundations, Biko runs her own business and is active in promoting gender issues in her community. 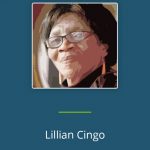 Lillian Cingo holds a postgraduate qualification in neuro-surgical disciplines, is qualified in tropical medicine for nurses, holds a diploma in psychology, a certificate in counselling, a Master’s degree in counselling psychology and a certificate in HIV/AIDS counselling. She was twice nominated Nurse of the Year in London during the 1970s. Cingo pioneered and manages the Phelophepa Health Train, bringing health care to people in remote areas all over South Africa, often for the first time. The Phelophepa Health Train covers 15,000 kms and brings primary health care to 45,000 patients every year. 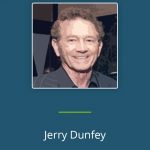 Jerry Dunfey is a founder member of the Global Citizen’s Circle and was a supporter for many years of Donald Woods’ international campaign against apartheid. Based in New England, USA, the Global Citizen’s Circle has a history of involvement in South Africa’s emergence to democracy, and more generally the Circle helps foster change by providing a forum for local activists and world leaders to stimulate debate on international issues such as Northern Ireland and the Middle East. 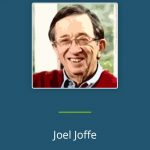 Joel Joffe was appointed a life peer in the House of Lords in 2000. He studied at Witwatersrand University, became a solicitor in 1956 and a barrister in 1962. During his career as a human rights lawyer, 1958-65, he acted as Nelson Mandela’s instructing solicitor in the Rivonia Treason Trial. He was appointed Chairman of Oxfam in 1995 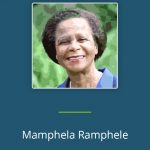 Mamphela Ramphele is the former Managing Director, Human Development for the World Bank. A founding member of the Black Consciousness Movement, along with Steve Biko and – like Biko – banned for her activism in the struggle, Mamphela is also a medical doctor, author and anthropologist, specialising in social development. She has also been the Vice-Chancellor of the University of Cape Town, and is currently the Executive Chairperson of Circle Capital Ventures, a venture capital black economic empowerment company in Cape Town. Ramphele is a Board Member of the Steve Biko Foundation.

Sipho Pityana: Executive Chairman of Izingwe Capital Limited in Sandton and an Advisor for the
Labour Relations Council and the Ministry of Education

Read More
November 8, 2016
Donate today © Copyright Donald Woods Foundation 2003-2016. All rights reserved.
‹ › ×
We use cookies to ensure that we give you the best experience on our website. If you continue to use this site we will assume that you are happy with it.Ok