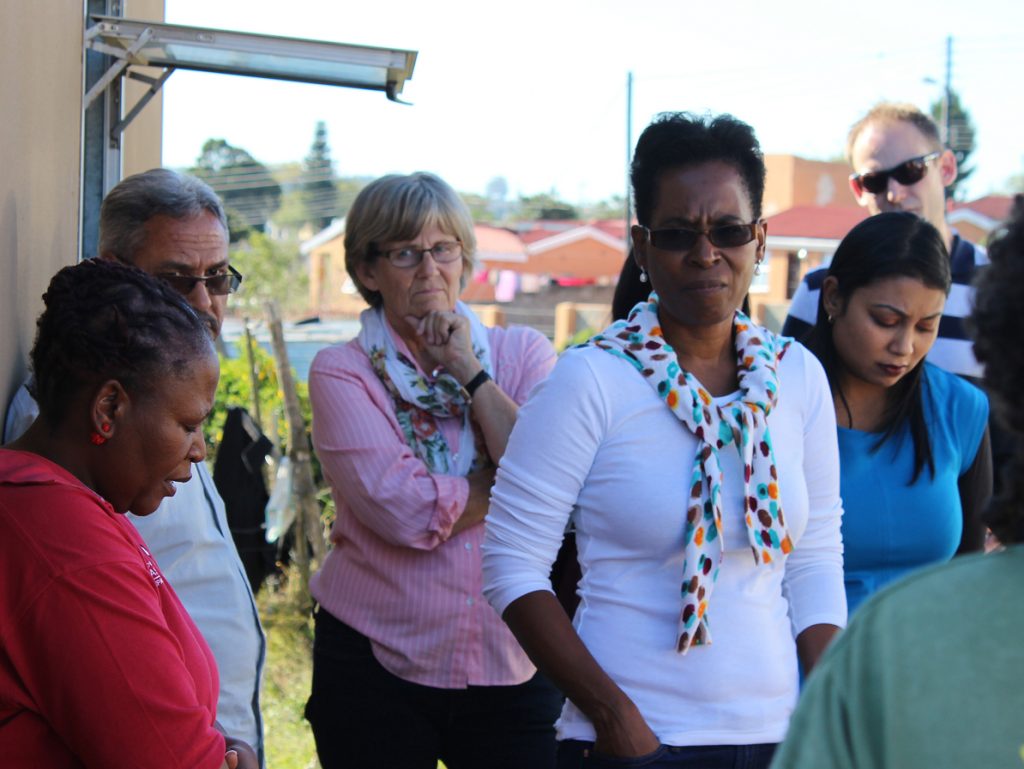 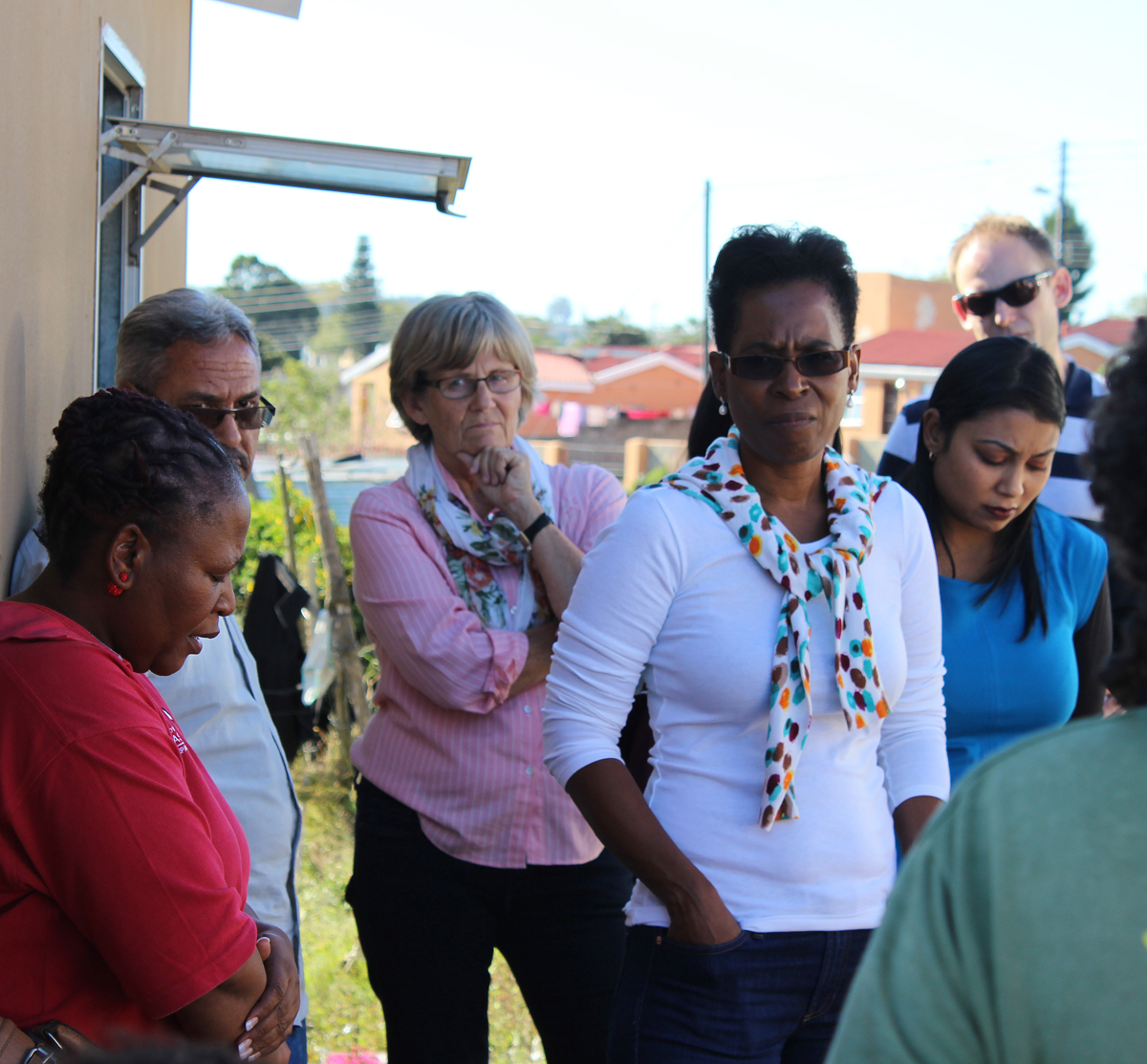 Lilly SA and DWF staff listen to Portia Ngcaba (DWF MDR-TB Peer Educator co-ordinator) relating the story of Family X in Mdantsane, during a tour of MDR-TB sites in East London. Photos of community members and patients have not been used to protect patient confidentiality. Photo – Barbara Manning

The Donald Woods Foundation recently hosted a tour of MDR-TB sites in Mdantsane in East London for the Executive Committee of Lilly South Africa to showcase the Foundation’s urban TB sites of operation.

Delegates visited the Mdantsane Prison, Nkqubela TB Hospital and made two home visits to families affected by MDR-TB in the sprawling East London township, one of the largest in the Eastern Cape. Some stories were positive such as prisoners benefitting from TB screening and awareness programmes while another former patient shared his story of beating MDR-TB.

Other stories were much sadder as delegates listened to the story of Family X* in one of the oldest zones in Mdantsane, a family consisting of a destitute and unemployed father caring for three small children (ranging in ages of 12, 9 and 4-years-old) while living in an informal settlement with no access to clean water nor sanitation. The mother of the family is fighting for her life in Nkqubela Hospital.

Seasoned activists who regularly deal with the daily struggles of forgotten people battling poverty, hunger, disease and terrible living conditions wept openly as they translated the family’s story for the visitors. Surrounding community members also gathered to tell their stories of how they had been on a housing list for more than 15 years and how difficult it was to control infectious diseases in over-crowded settlements such as the place they call home, Mbetweni.

“TB and HIV rates are very high, every week someone is dying here,” said one community resident.

Explaining the rationale behind the day, Lilly’s MDR-TB partnership’s Programme Officer for South Africa, Thandekile Essien, said the visit was aimed at informing Lilly Johannesburg-based staff about the challenges the global fight against MDR-TB was up against on the ground in South Africa.

“Many of us working on these programmes in our offices often don’t get to see the daily struggles of people battling to access health care,” Essien added.

Ms Hosang-Archer paid tribute to both the Nkqubela Hospital staff and DWF peer educators who “do such good work under very difficult circumstances”, adding that lives were being saved and that Lilly was very happy to be associated with this important work.

“We are extremely humbled by the work we have seen today, it’s really outstanding. I salute every one of you.” – Dr. Aneesa Sheik, Lilly SA’s Medical Director

Since 2011 DWF has provided support to the Eastern Cape Department of Health (DoH) with, inter alia, management of Drug-Resistant TB (DR-TB) in the Buffalo City Metropolitan Municipality which includes the East London, Mdantsane, King William’s Town, Zwelitsha, Bhisho and Dimbaza areas). These areas have the worst treatment adherence rate for TB, resulting in some of the highest drug resistance in South Africa. The core business of this project is to increase case finding of DR-TB patients, and to improve treatment success rates.

In addition, a DWF data team has undertaken collection of patient data from wards, capturing inpatient and outpatient data onto the EDR (electronic DR-TB register), writing reports for the DoH, and drawing files for patient review days. All of these activities have resulted in improved recording of sputum results and treatment outcomes for patients admitted in and visiting these sites.

*Family X and community members have not been identified to protect patient confidentiality.

Read More
September 30, 2016
Donate today © Copyright Donald Woods Foundation 2003-2016. All rights reserved.
‹ › ×
We use cookies to ensure that we give you the best experience on our website. If you continue to use this site we will assume that you are happy with it.Ok